I have always been fascinated by the mystery and what is happening in our minds; I believe that only when you try to unite the marking points of your our life’s stages, you can perceive the drawing that represents it.

I have always been fascinated by the mystery and what is happening in our minds; I believe that only when you try to unite the marking points of your our life’s stages, you can perceive the drawing that represents it.

In 2000 I started my business: a small carpentry, assembly and welding company. It was a very hard time; There were no free times, Saturdays, Sundays; my only free hours were those in the late evening when downloading my tensions, I devoted myself to my only pastime: write poems; I made it with great effort, as my habit, but in this case with also much heart.

In my mind, I had created a theater in which it was not difficult to transform impulses and emotions into feelings, I lived the reality seen through the eyes of many synesthesias.

Later, after just over a dozen years, a friend accompanied me to a Reiki seminary. I was a bit skeptical but, for curiosity, I went; that same evening I wanted to abandon the seminary because there were too many words in which I wasn’t able to find any foundations. Instead, I was able to remain as long as I was finally overwhelmed by an experience of universal love; I felt "home" and I never believed there could be a technique that would allow this experience to be so beautiful. Every time I practice Reiki I feel like in my "real home". 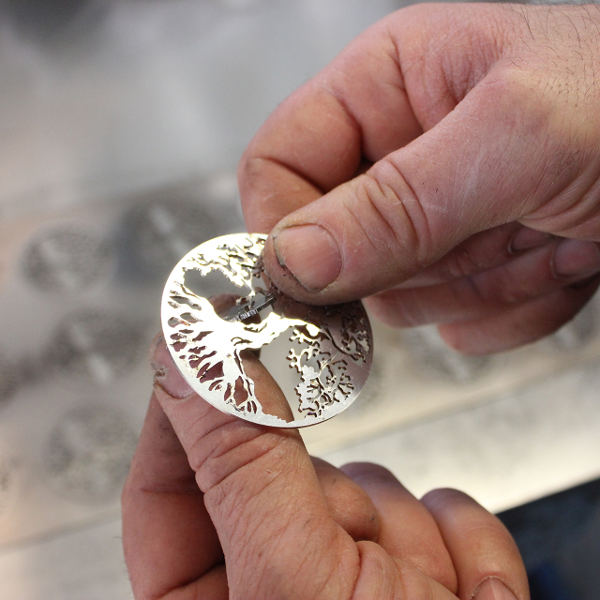 I’ve thrown myself headlong into it; I did not only become Reiki Master but I also attended other spiritual growth courses; I was looking for answers that I could not find because no one had them; I found fragments of these, scattered among the writings of various Masters, each of whom had a piece.
One day I was impressed by an image of Crop Circle. Having learned to use CADCAM at work, I tried to reproduce these drawings; I did not exactly know what was pushing me to do so, no one asked it to me, yet I felt strong impulses that led me to insist. I also started creating small designs that recall the Reiki symbols until one day, a friend, showed me the Flower of Life and showed me the meaning. I immediately fell in love with that symbol as it instills in me a lot of peace and energy; I decided I had to draw it, so I did it.

For several days I tried to reproduce it in many ways and finally I saw it: the emotion was great, as if I had brought to light the beauty of a secret that I already knew.
I felt I had to donate it and so I gave it to all my Reiki companions; that was how the love began to expand around me.
Since then I have drawn other ancient symbols, no less important, such as the Sri Yantra, the Metatron Cube and the Yantra.

Are the circumstances that determined our reality completely random or are they determined by what we have attracted?