Stainless Steel Pendant made starting from our study of the graphic design of the Symbol. Created from metal using precision laser cutting, it is subsequently brushed and polished by hand. Finally, it is subjected to a natural ultrasonic cleaning treatment. The obtained finishing enhances the reflections on the surface giving a pleasant, uniform feeling to the touch.

The Pendant is furnished with the Geometria Sacra package with a non-woven envelope: made of a scratch-resistant material to protect the article, it has a re-closable opening that makes it perfect to be used again later. Inside the package, there is a "small meaning" with the personalized graphic symbol of the article and a brief description.

It represents the will, the manifestation of the Divinity or its will within the issues that belong to our World. Starting from the center, you can see a circle divided into 6 parts by 2 "Phi", mirrored one up and one down. It is the same you can see in the center of the Flower of Life made by the curved line. Starting from the 2D drawing, we can see the representation of the Solids in 3 dimensions: the pyramid, the cube, the tetrahedron and the other Perfect Solids. The point in the center made by the union of the 6 lines is the Vertex of a hexagonal base pyramid, and it is also the Edge of two cubes, one bigger and one smaller. These cubes are not empty: there are two pyramids in them. Continuing, you can find the representation of a Diamond seen from above, formed by the six triangles that have their bases coincident with the outermost edges of the figure, and the central part of the drawing becomes the vertex of the Diamond oriented in-depth respect to the figure. The 5 "Perfect Solids" and their interweaving are the two-dimensional view of all the forms that known molecules can take. They, therefore, represent all the configurations that the Matter of our world can make, displaying all possible models of reality and creation. Formed by the representation of 13 circles whose centers are joined and linked by precise lines. The encounter of these Lines makes possible the three-dimensional representation of all 5 "Perfect Solids" or "Plato Solids": the cube, tetrahedron, icosahedron, dodecahedron, and octahedron. By concentrating on the structure, they become visible following the edges that start from the centers of the circumferences. In addition, there is a double representation for each of the Solids: a larger one from the 6 outer circumferences and a smaller scale one with the most internal circumferences. An ancient symbol that founders its origins in the symbol of the "Fruit of Life" and it is connected to the meaning of symbol of "Tree of Life" in which the Metatron Archangel and his counterpart, the Sandalphon Archangel, are holding the symbol of the Tree respectively from the top and from the base. Its ancient origins start from Jewish oral traditions and the first transcripts of it appeared in the book of Zohar (Book of Splendor) describing Him as the Angel of the Lord. In Christian tradition, the same figure can be identified in the Old Testament as the Archangel Michael and with the same meanings are also present in some aspects of Islam tradition. It is a symbol of conjunction between the Man and the Divine, helping all those who are willing to assume the responsibility for their own actions in the realization and attainment of their “Life Task”.

Every Article of Geometria Sacra is made by Us, 100% Made in Italy, with all our dedication and our technologies. Without renouncing the Inimitable Passion in the craftsmanship of the artisan process that makes each of our "Artifacts Article" unique and distinctive. 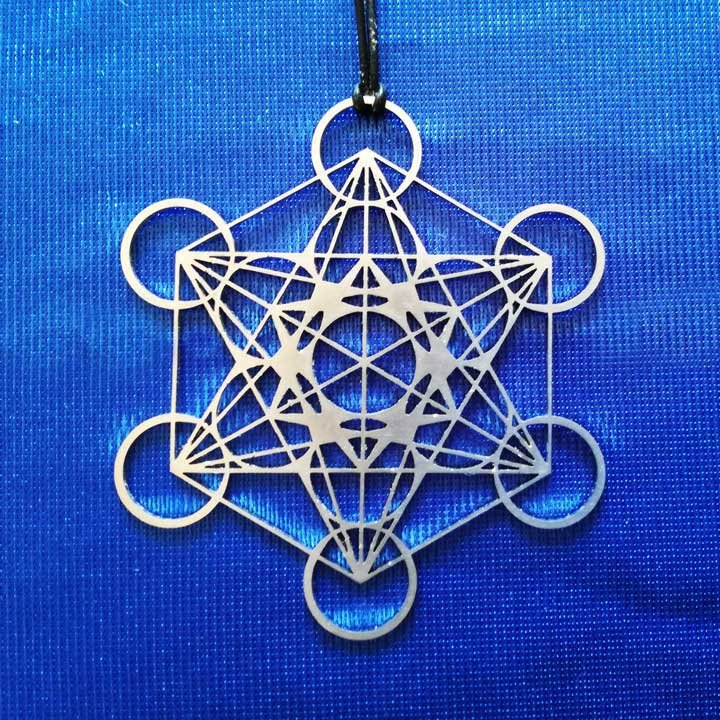