Stainless Steel Pendant with Sri Yantra with circle frame. There is a hole to hang it on any type of wire or necklace. Made with precision laser cutting starting from the design, it is then hand brushed, making each pendant unique. This final finishing exalt the reflections and gives a pleasant touching feel. 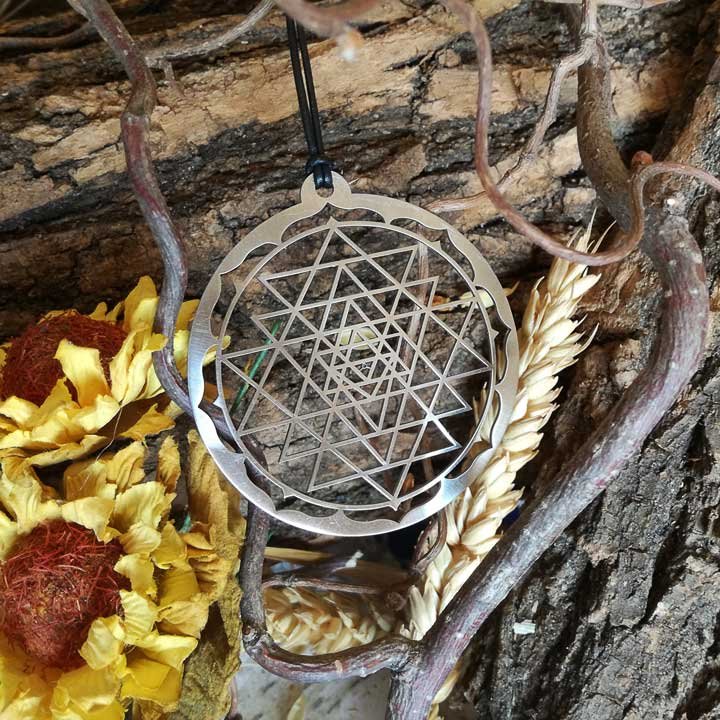