with Trees of Life

Yin Yang, with two Trees of Life. Made with precision laser cutting starting from the design, it is then hand brushed, making each pendant unique. This final finishing exalt the reflections and gives a pleasant touching feel. Finally, a transparent protective coating is applied, which guarantees resistance to external agents, ensuring perfect durability over time. 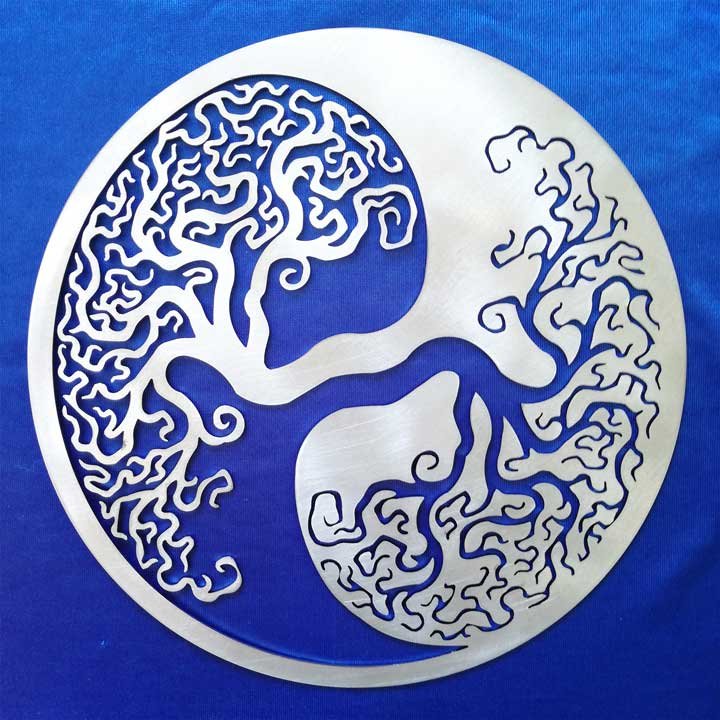